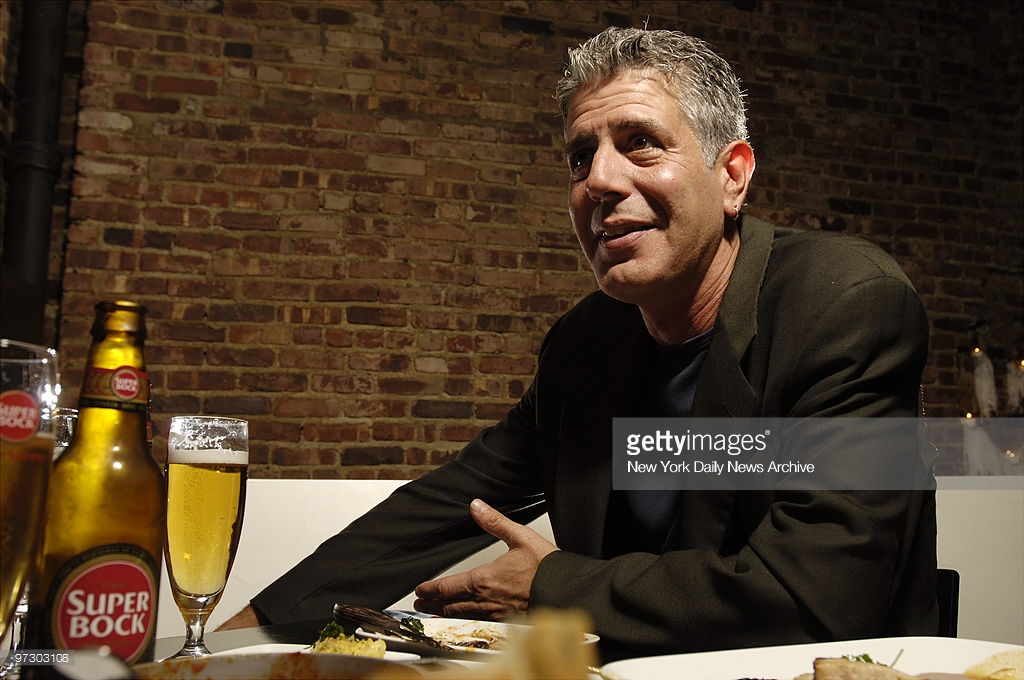 Every place has a feel, a personality, a vibe. Every city makes an impression on you as a traveler. No one communicated the sense of place like Anthony Bordain. His jagged-edged, scruffy-faced, cigarette-smoking bad boy persona was both repulsive and attractive, insulting and honest.

As avid viewers of his TV travel shows — A Cook’s Tour, No Reservations, The Layover, and Parts Unknown — we trailed behind his caveman-like stroll through the streets of Singapore, Beirut, Sao Paolo, Vietnam, Zanzibar and other cities, and watched as he visited the lesser-known areas amidst the beautiful cities many dream of visiting. A storyteller extraordinaire, Bordain gave us his raw, honest impressions of the places he visited. So insightful, truthful, and personal were his journals that they seem almost unscripted as we binge watch episodes in an effort to heal from his sudden absence.

Bordain spent time in some of the most admired, sought-after dining establishments throughout the world. He met with both highly recognized and little-known chefs among the world’s food scene. Whether dining with an established and respected master chef, or a still wet-behind-the-ears young, up-and-comer with a unique approach to the art of food, Bordain took a deep dive into their, and his, passion for exceptional food.

With coat and respectable manners tossed to the wind, in his travels, he dared go deep into the ugly places, the heart and soul of a city, where the real people live on the outskirts of luxury hotels, Michelin-rated restaurants, and tourist attractions. Those villages and towns where the farmers and beggars and junkies and blue-collar workers live. He freely engaged with the people most vacationers would be afraid to look at; who, in fact, vacationers would never even encounter because they don’t dare venture into the hidden, unknown, underbelly of a city, or its unattractive outer limits.

It is these experiences that we, The Globetrotters, most admired about Bordain.

As if in casual conversation with his closest friends, Bordain gave viewers a peek into the hearts of people. He asked questions that elicited the political views of ordinary people; questions that provided a glimpse into the daily reality of everyday folks; questions that let us see the truth that people worldwide are much more alike than we are different in our concerns for life, family, love of home, and hope for the future.

Watching his programs provides lessons in history to help explain the present circumstances Bordain encountered through his travels. For The Globetrotters, true history buffs, this is one of the most attractive parts of his travel experiences.

Beyond the people and the history, Bordain, a respected chef, gave us an insight into the foodways of the countries he trekked through. From eating the heart of an octopus in Hawaii to having the blood of an elk, shot by Bordain, smeared over his face in Scotland, we see the nastiness, the rawness, the realness of the travel experience through food.

His respect for other people’s culinary cravings was admirable. Rarely did he judge the gastronomic choices of others. And, most often, he suggested that the foods he was invited to partake in, were fairly tasty, if not delicious. Although, at times, his facial expressions let on a different perspective. He once admitted to holding back the urge to vomit as he slit the throat of a goat to be prepared and eaten by African villagers; an honor reserved for him, as the special guest, by the village chief.

Through insightful glimpses into place, people, history, and food, Anthony Bordain gave travelers hope and excitement that this big, little world in which we live is truly for the taking. There is nothing to fear in travel, nothing to be lost, as Bordain demonstrated. There is only gain and knowledge and growth. His life and personality illustrated that travel is an experience that takes us closer to a knowledge of others as we, in fact, are — a mirror of sorts. In this way, travel offers a window into our own selves, revealing the depths and truths that we have yet to uncover.

Perhaps, in his passing, Bordain discovered certain truths that frightened, disturbed, or maybe liberated him. Anthony Bordain will remain a free soul, a citizen of the world, an example of life, and a teacher of the very truth that to travel is to truly live.